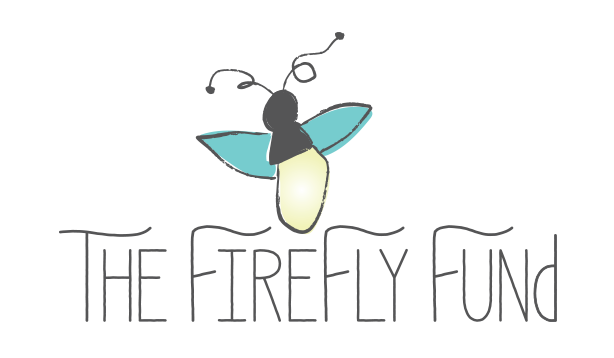 A Spark of Hope in the Darkness of Infertility.

The FireFly FUNd mission is to connect couples struggling with infertility with the funds and specialists able to help them along their journey to become parents.

Awarding the Spark of Hope

The FireFly FUNd Team will work with scholarship recipients to provide financial assistance and guidance every step of the way.

We are raising funds to be awarded as scholarships to assist with the financial burden of infertility treatment and other related medical expenses. Recipients will be selected from applicants that have struggled with infertility for at least one year and have had the necessary testing done to determine the need for fertility treatments.

In addition to contacts gained through their own personal experiences, our founders have been working to build relationships and grow our network of partners — including drug manufactures, and pharmacies to help with discounted and/or donated medications for fertility treatments. Not only can we help educate and connect you with clinics providing the highest level of care, but we will offer all of our resources to the supporting professionals you will need along the way.

While our immediate goal is to help grow families, we plan to be proactive champions for change at state and federal levels by lobbying to require insurance companies to cover treatment, as well as employers to offer reimbursement for treatments just like they offer adoption reimbursement programs.

Cody and Nicole Doane strive to pay it forward. Hear their story.

We tried to conceive for over 5 years before finally seeking help. Tests revealed Invitro Fertilization with ICSI was our only chance of having biological children. Cody was diagnosed with antisperm antibodies which don’t allow the sperm to fertilize the egg naturally. There was some relief in having a conclusive answer as to why we hadn’t been able to conceive, but the staggering costs in front of us left us feeling hopeless. The $40,000+ price tag for the IVF procedure and medications seemed like an impossible feat. We had prayed for years to become pregnant and were now praying for the financial means to afford the necessary treatment to get there.

Another year passed and we were still nowhere close to our goal. And then, one day in June of 2014, I saw the opportunity to reach out to The Doctors TV Show.  They invited us to share our story of infertility and how it was affecting our relationships — not just with each other, but friends and family as well. We couldn’t have dreamed what the show had in store for us. Dr. William Schoolcraft of Colorado Center for Reproductive Medicine agreed to donate the IVF with ICSI cycle. What a HUGE blessing this was! We left the studio that day with a new lease on life and a renewed hope that we would be parents one day very soon.

Within a couple of months, we began the preliminary testing process leading up to our IVF cycle. Very quickly, we realized the medications were going to cost much more than we could afford, even with the nest egg we’d been saving. More phone calls, questions, and new relationships followed. In the end, Avella Pharmacy helped fulfill our dreams by donating the medications we needed. In January of 2015, we finally began the process of bringing children into this world and saw two strong, flickering heartbeats on the monitor just a few weeks later. Cody immediately called them “his little fireflies”. Late in the summer, we were able to meet our little miracles — one boy, one girl — and our lives have been forever changed.

Our story doesn’t stop there. This is just the beginning.

Those little “fireflies” are our inspiration for The FireFly FUNd. We are so thankful and grateful for all the donations that helped fulfill our dreams of being parents, we want to pay it forward and help as many couples as possible fulfill their dream of having a child.

Receive updates from The FireFly FUNd!

Join our mailing list to get all the latest news and progress from The FireFly FUNd, including open application periods for scholarships as they become available. If you’d like to get in touch to find out more ways you can help, please contact us directly: